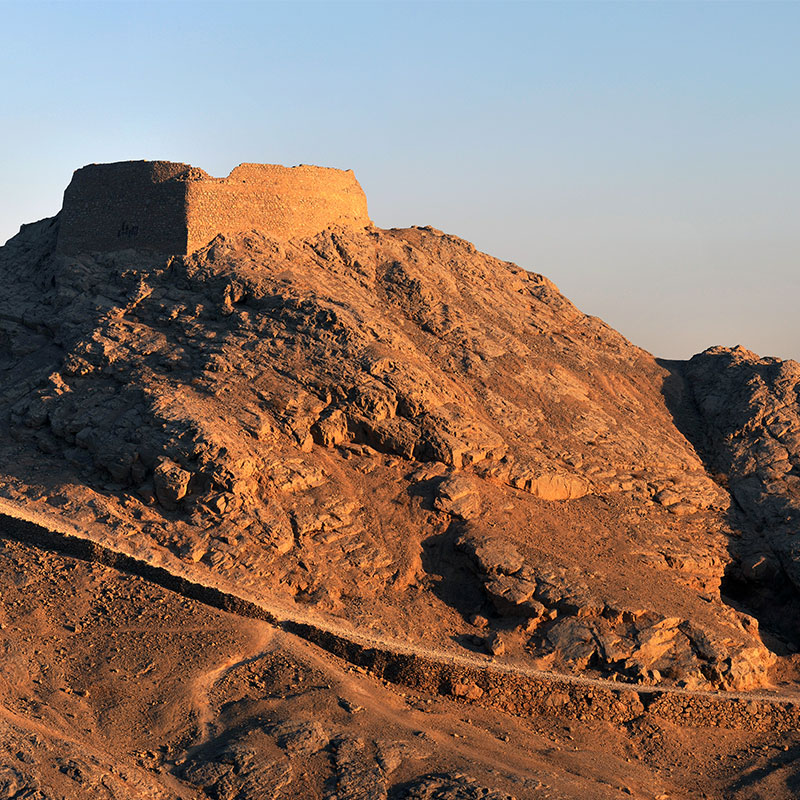 Zoroastrian Tower of Silence (Dakhma), is situated on a mountain, 15 Km to the south east of the Yazd. Dakhmas are circular structures that are usually located near the center of the city and their destiny is tied up with the concept of death. This ancient building is an evident testimony to the time-honoured Zoroastrian traditions and customs that are related to funeral and burial of the dead.

The traditions and customs are going extinct but still have left this memorial building for their descendants.

Zoroastrians believed that the nature is consisted of four major elements; fire, air, water, and earth. Once one was destined to face the inevitable and has departed from this life, the Zoroastrians returned his body to one of the four original elements, without polluting the other ones. It depended on where one said their last words, for instance the corpse of the ones that used to live near the ocean, were dropped into the ocean in order to become one with it.

Zoroastrians who used to live in the jungle, would return the body of their ancestors in form of ashes after they’ve burnt them in order to join the Mother Nature. The ones who used to live on the hills were buried beneath the earth to become one with it. Last but not least, the Zoroastrians who lived on mountains with frosty climate and subzero temperature, would carry the corpse of the dead to the top of the mountain and place it in the Dakhma.
Since bodies of the dead were put in Dakhma or Zoroastrian Tower of Silence, the towers are usually located on the mountaintop so that various animals can feed on the leftovers. These towers were not a burial place for the dead, in fact they were a place for the corpses to be decomposed. This traditional method has no longer been used since 1960s.

Please do notice that the route to Dakhma is not recommended for the ones who have movement disorders such as joint disorders.
You can also pay a visit to the nearby sites. Regarding the fact that exploring the Dakhma won’t take more than an hour, hence you’ll have enough time to visit other tourist attractions throughout the day. All the nearby landmarks such as Amir Chakhmaq Complex, Dowlat Abad Garden, Jameh Mosque of Yazd, Yazd Water Museum, Alexander’s Prison and Zoroastrian Fire Temple of Yazd are available in our Yazd tour packages. 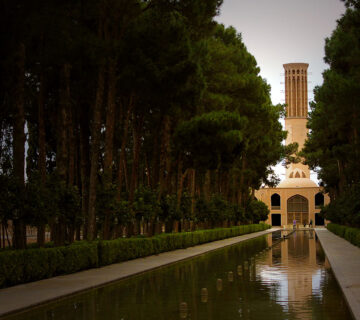 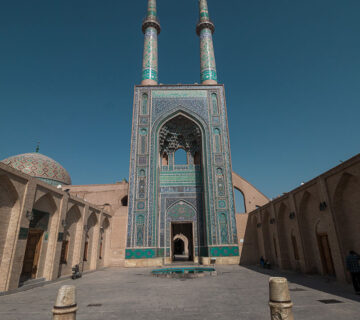