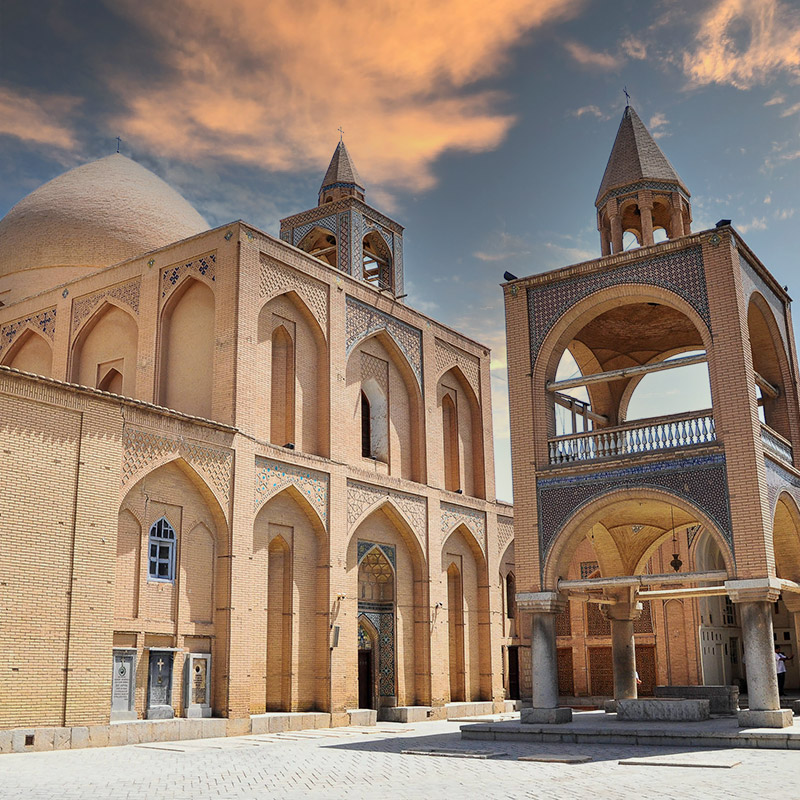 Vank cathedral is one of the most distinctive and coziest attraction sites of Isfahan. Vank church which was constructed in 1606, was only a tiny building that nowadays is the western part of the current building.

In the olden days this church was called Jacob or Jakob which was used by the priests for almost 50 years and it was the center for training purposes of the holy orders. In the 1655, the residents of Julfa district decide to enlarge the structure of the church and took them approximately 10 years to complete their quest. But it was undoubtedly worth it since after all of their efforts and endeavours in these 10 years, this church was transformed into one of the most prominent and majestic cathedrals of Iran. Due to that, the name of the church was altered to Vank cathedral.

The most distinguishable architectural feature of the church is its cupolas or in other words its dome. Oftentimes churches possess a conical copula but Vank on the other hand is quite the contrary, Its copula is very similar to the domes of the mosques which clearly was an inspiration from the Safavid era mosques.

The most appealing part of the cathedral is the picturesque paintings on the wall and the roof of it. All of the walls are covered in stucco and the perfectly splendid paintings are all over the surface of the church’s walls and the roof.

The Julfa district is an unprecedented neighborhood meaning that you cannot find a neighborhood like it in the whole city of Isfahan. The majesties of the glorious Julfa district and the distinctive figure of its buildings has brought about for this neighborhood to be one of the most popular and outstanding districts even for the locals. As you enter the Julfa district, it’s as if you’ve stepped into a whole other dimensional universe. Hence, never ever forget to pay a visit to this dimension and the Vank cathedral during your trip to Isfahan.

The nights of this lovely district is perfect for a night out. It is recommended to visit the tranquil and cozy atmosphere of the Julfa in the dark hours to be delighted by the dance of the colorful lights of the decorative lamps. 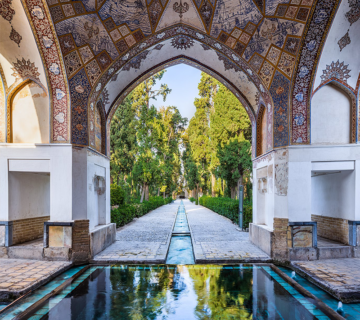 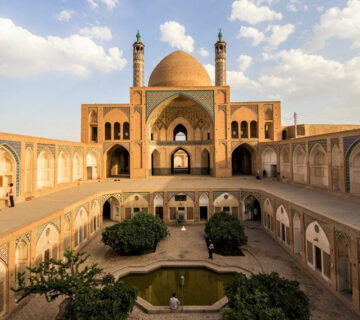